Election Day in Puerto Rico (A little late I know!)

The political parties of PuertoRico

Well, it’s election time! (Was I should say, but let’s continue!) Ok, on November 6th, Elections both in Puerto Rico and USA had taken place, but I’ll only be talking about Puerto Rico. (For now). So often I’ve wondered how do politicians spread the word throughout the whole island besides television nowadays. After a brief surf through the internet I find the answer. Social Media, DUH! It’s no secret that the governor (equivalent to the “Head of state” in the US) is Alejandro García Padilla from the PPD party or Partido Popular Democrático. The governor-elected uses Facebook, Twitter and Youtube to reach out to the masses.

Garcia Padilla’s predecessor, Luis G. Fortuño, Puerto Rico’s last governor of the PNP party or Partido Nuevo Progresista, thought he was a shoe-in to win! But little did he know that he was actually losing when his managers really tried to sell the people he was practically winning, he himself almost bought the story…that’s just sad. Well, this one also uses Twitter and Facebook to reach his ridiculously crazed fans. Oh I’m sorry, I meant to say followers, (you know like the weird-secret-crazy-cult kind). 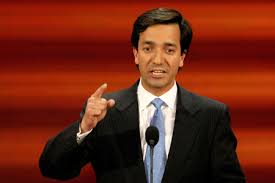 The next ones are quite the fighters, they have been around for years and yet, never have they won even one measly little election. I’m talking of course of the PIP party, (no pun intended) or Partido Independentista Puertorriqueño. The candidate running this year was Juan Dalmau. They use also Youtube, Twitter and Facebook, besides their own webpage. They have a good platform, but people here on the island are afraid of being an independent whole, maybe it’s because most of them think the US will take away every help, but I really don’t think that would happen because we are too good an ally for them. We need each other mutually I mean.

This next one actually surprised everyone here, including yours truly. With only 5 months since it’s was registered, the PPT or Partido del Pueblo Trabajador, gathered almost 2,000 voters (the PIP party had +3,000 and like I said, this party has been around for a while). The party is leaded by professor Rafael Bernabe of University of Puerto Rico, Rio Piedras Precinct. Though he is no newbie when it comes to working hard, even he has admitted that everything since then has a little overwhelming, but nothing he can’t handle. Be sure to check out his work and platform it’s really very interesting, aldo check out his info on: Youtube, Twitter, and Facebook pages.

This other has been around (apparently) for over a year now, but it has barely been shown so much to people here (no shocker there though). This one’s called MUS (maybe they thought it would break the mold of the P’s, very bada** of them ;~) or Movimiento Union Soberanista. The leader of this particular party is Arturo Hernandez. This party uses Youtube, Twitter and Facebook to communicate with their less than accepting audience.

The last one is a “very special” one. And I mean special in the sense that, it barely has an audience. The PPR or Partido Puertorriqueños por Puerto Rico, besides being extremely catchy and creating a name that just “rolls off the tongue” and “innovative”, leader Rogelio Figueroa is more than a dreamer, he is an illusionist. He is an expert at making it sound as though if he had been elected, more than 500,000 jobs will have magically appeared! But wait, the island said, what sorcery is this?! For their cannot and can never be something as amazing as that! No, even though it sounds wonderful if he could muster a thousand new job posts, he is delusional in thinking he could employ half the population. This delightful wizard and the rest of his clan post their news to their slightly non-existent public on: Facebook and Twitter.