What have I learned on life from the movies I’ve seen? What have I learned from the stories of love, sex and neurosis from Woody Allen? Who knows, more than “learn” I ought to use the word “influence”. What has been his influence on my way of seeing the world, women, and men? I am pondering these questions just after watching Allen’s A Midsummer Night’s Sex Comedy (of course, the only music comes from Mendehlson!). This is a film all centered around the idea of the occasion that must be caught on the spot, or else it is lost. But the protagonist has a second chance, actually, which disrupts the theory –or not.

Anyhow, I’m watching an Allen movie marathon this long vacation weekend, since my daughter just told me Netflix is shutting access to his movies from January 1st. OMG. True or not, I decided to act upon this fact, and, having some nice lazy time, I sit on the couch and voilá. Thus, in the past three days I watched Stardust Memories (1980), Interiors (1978), Manhattan (1979) and A Midsummer Night’s Sex Comedy (1982). I love his cinema. I find it always amusing and always I find deep, moving, strong portrayals of women. His cinema is that, perhaps: a continuing homage to women, seen under his prism, dressed, imagined naked, talkative, talked about, neurotical, strong, or thin and weak.

Look at this, two screenshots from Stardust Memories: Of course, Jessica Harper is sweet (yes, she’s the same from Suspiria)! But young Charlotte Rampling is astounding and so loveable in her psychosis. And sure, Allen is in love with both –and with his fiance. 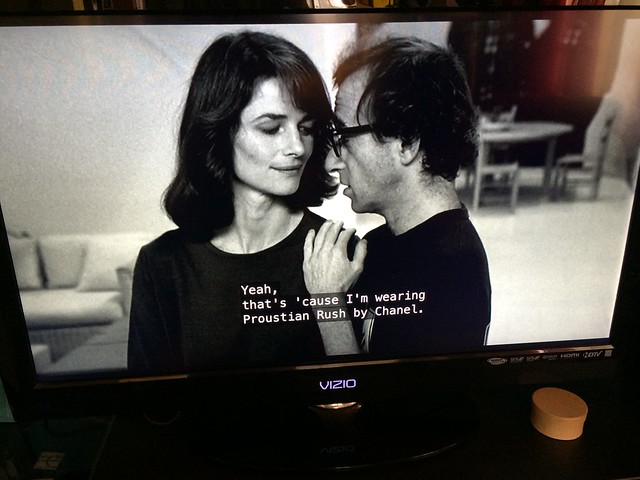 Reality Shows Are Taking Over!