Scott Move “Scottmove is an acclaimed artist from London… “Scottmove is an acclaimed artist from London who specialises in hand rendered black ink illustrations. He has produced pieces for many commercial outlets such as clothing companies and design agencies, as well as designs for band merchandise and album artwork. Scottmove has had his art published in numerous art and music magazines, and has also been published in several collaborative books. He has shown in exhibitions across the world from Japan to London, and is currently working on several projects. Most recently, Scott has shown in San Francisco and is currently working on a joint exhibition to be held in New York and London in Summer 2012.”

View more of his work HERE

Blue is the color and the movie: A review for the Web and myself. 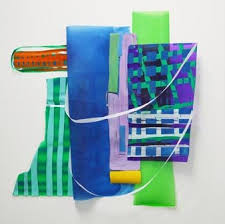